Living as a Family on Mission

Family on mission-Reflecting the life of jesus

When we look at Jesus, we notice that he lived a three-dimensional life, focusing on three great loves, three relational orientations: UP, IN, and OUT.

To say that Jesus lived up means that he focused on his relationship with his Father. He was known for spending lots of time in prayer, and it was his regular habit to go to the synagogue and festivals that were designed to help people connect with God. Jesus had a rich relationship with the Father, his life had an UP dimension.

Jesus also focused on IN. Among the vast crowds that followed him, he chose twelve to be very close to him so he could train them and send them out. Jesus spent a lot of time with his disciples, so much so that they eventually became his family. He took them on retreats with him to invest time in them. By the end of his ministry, their community was as tight knit as they come. There was a strong IN dimension to Jesus' life.

Jesus has an overwhelming driving purpose in his life to move OUT. Mission defined his entir elife and ministry. Just a few of the ways Jesus expressed this were "seeking and saving the lost," "destroying the works of the evil one" and doing the "will of him who sent me." Jesus' life was defined by missional purpose, his OUT dimension.

The life of Jesus is a three-dimensional life, and so if our families are going to be shaped by jesus they will also have this shape. There will be an Up aspect, and IN aspect, and an OUT aspect to the way we function as a family. 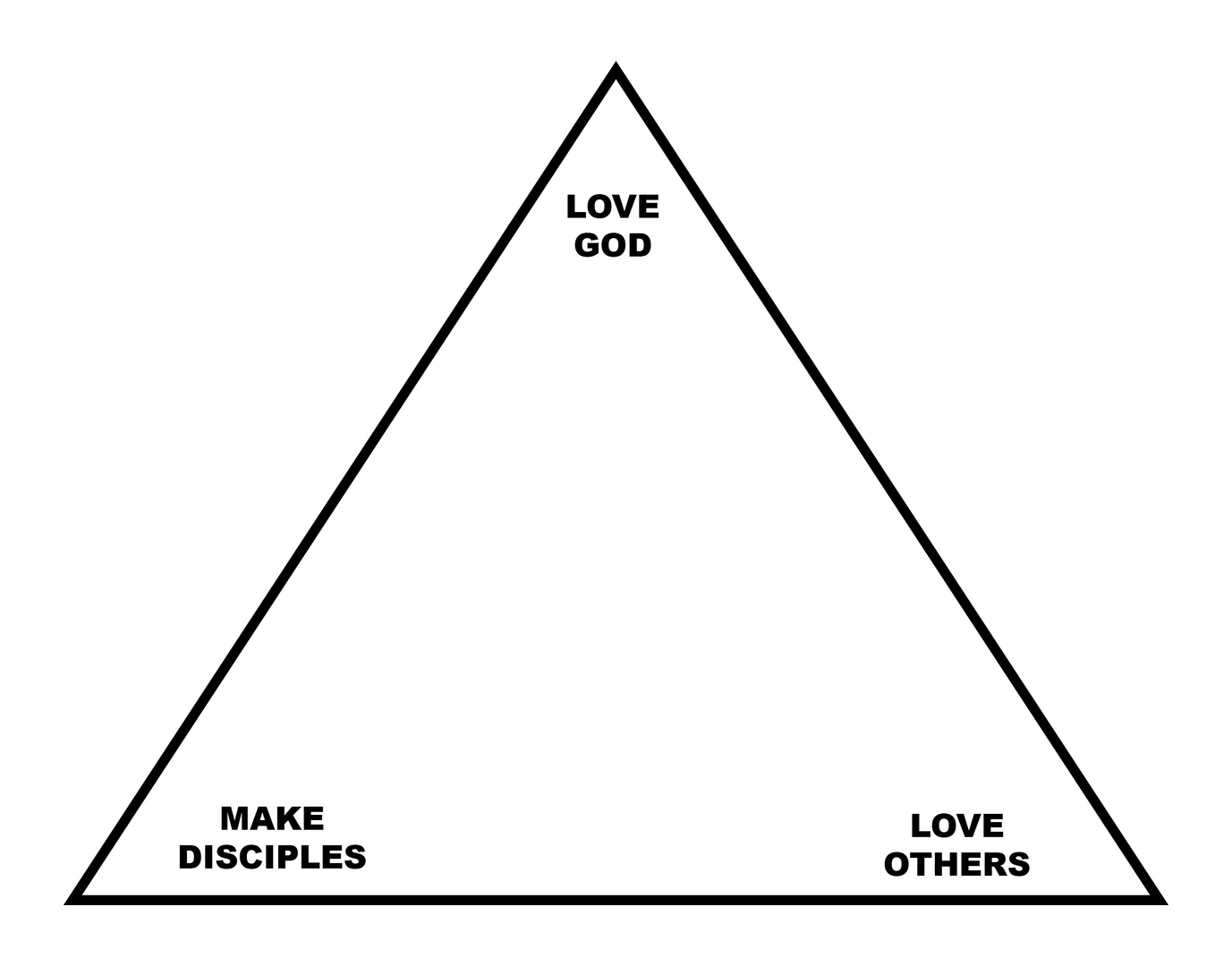